Melanoma sometimes occurs in families, indictive of genetic susceptibility. Around 5% of melanoma patients report a family history in the UK [1]. 7% of Canadian patients [2] and 11% in an Australian study [3]. The reason for the observation of different rates of family clustering in countries at different latitudes is uncertain. One explanation however, may be

Melanoma sometimes occurs in families, indicative of genetic susceptibility. Around 1% of melanoma patients report a family history in the UK[1], 7% of Canadian patients[2] and 11% in an Australian study[3]. The reason for the observation of different rates of family clustering in countries at different latitudes is uncertain. One explanation however, may be that it indicates an effect both of shared genes and environment (sun exposure).

Genetic susceptibility to anything may be variably potent. For example, there are predisposing genes with near 100% penetrance such as Huntington’s Chorea (everyone with the predisposition will manifest the syndrome if they live long enough), while there are many other genes, which have a low penetrance. The majority of people who carry these low penetrance genes will not develop the disease. Further, whether they do develop the disease or not may depend on their lifestyle or other genes. For melanoma it is easiest to group susceptibility genes into rare high penetrance genes and more common lower penetrance genes but the truth is that this distinction is not absolute. There is likely to be a continuous range of genes with variable penetrance all of which probably interact with other genes and with the environment. 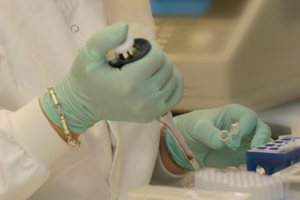 By definition these genes have a high penetrance and therefore there are usually multiple cases of cancer in the family.

In some families there appears to be a pre-disposition to a variety of different cancers. For example melanoma may occur as a second tumour in familial retinoblastoma[4], [5]. There is also a possible association with the Li-Fraumeni syndrome[6] in which the predisposition is predominantly to brain tumours, sarcomas and breast cancer and in which inherited mutations in the p53 gene occur[7], [8]. Melanoma is a major risk factor for patients with xeroderma pigmentosum. Thus melanoma occurs as a part of family cancer syndromes where the susceptibility is to a variety of different cancers. In practice, then, taking a good family history, looking for recognisable patterns of cancers and seeking the opinion of Clinical Geneticists if in doubt, is the key approach.

There are in addition reports in the literature of clustering of melanoma in families and individuals with a variety of other cancers such as testicular tumours, lymphoma and brain tumours, the significance of which remains to be established [9-11] but which probably represents shared genetic and environmental aetiology.

In the majority of families with high penetrance melanoma susceptibility genes however the family history will reveal melanoma predominantly. To date there are probably at least 4 genes which underlie predisposition to melanoma in these families. The commonest is a gene on chromosome 9, called CDKN2A, which codes for a cell cycle control protein called p16. Families carrying mutations in this gene have been reported from Europe, the US and Australia. In UK studies, the likelihood of finding a mutation in this gene in melanoma families is much greater in families with larger numbers of affected family members. 50% of English families with 3 or more melanoma cases have CDKN2A mutations but only 12% of families with 2 or 3 cases[12-15]. In most CDKN2A families in the UK, the predisposition appears to be to melanoma alone. In other series however, particularly from the Netherlands and the US, there also appears to be an increased risk of pancreatic cancer[16], [17]. Valid estimates of risk of non-melanoma cancer in CDKN2A families are not yet available.

The second is the CDK4 gene[18], which codes for the protein to which p16 binds. Families with mutations in this gene are very rare indeed.

The third is p14ARF, which is adjacent to and continuous with CDKN2A on chromosome 9 and is coded by exon 1ß, alternately spliced with CDKN2A exon 2. p14ARF is therefore a second product of the same CDKN2A locus. Deletions of this gene have been shown to underlie susceptibility to melanoma and neural tumours[19]. These deletions appear to be very rare. More recently mutations in exon 1ß have been reported. 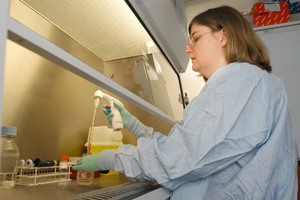 The commonest gene yet identified, which predisposes to melanoma is the gene which underlies most if not all red hair[20] and freckles[21], known as MC1R. Variation in this gene has been shown to be associated with melanoma risk even in patients without red hair[22], [23]. The gene codes for the receptor for Melanocyte Stimulating Hormone, through which signaling for melanin production occurs. Variants in the gene appear to result in differing proportions of the black pigment eumelanin, and the redder pigment phaeomelanin, being produced. Some variants appear then to result in the production of phaeomelanin predominantly, with resultant red hair, freckles and sun sensitivity. The precise molecular determinants and biology of the susceptibility to melanoma remain to be elucidated but there appears to be no doubt that MC1R underlies weak susceptibility to melanoma in white populations.

There are other possible low penetrance genes promoting susceptibility to melanoma which Melanoma Genetics Consortium and others are exploring.

The hypothesis then, is that inheritance of these putative low penetrance genes predisposes white skinned peoples to melanoma but that as this predisposition is weak, there may be only one or occasionally two cases in the family. It is possible that the co-inheritance of more than one such low penetrance gene may result in more marked clustering of melanoma in some families. It is also possible that families carrying these low penetrance genes may have more cases of melanoma if they live in areas of the world where the environmental exposures are more extreme such as Queensland: that is, as a result of gene/environment interaction. This may at least in part explain why a family history of melanoma is more common in melanoma patients in hot climates.

In counselling patients as to what is the perceived risk of melanoma these considerations are taken into account and this is discussed below. 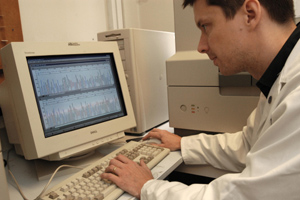 These are the questions to ask

The families who require specialist counselling about risk then are those

Relationship between sun exposure and melanoma risk for tumours in different body sites in a large case-control study in a temperate climate, Eur J Cancer (2010),
doi:10.1016/j.ejca.2010.10.008, in press.

Mutation of the CDKN2A5’UTR creates an aberrant initiation codon and predisposes to melanoma.
Nature Genetics, 1999. 21: p. 1-5.

A deep intronic mutation in CDKN2A is associated with disease in a subset of melanoma pedigrees.
Hum Mol Genet, 2001. 10(23): p. 2679-86.
www.ncbi.nlm.nih.gov/entrez/query.fcgi?cmd=Retrieve&db=pubmed&dopt=Abstract&list_uids

A germline deletion of p14(ARF) but not CDKN2A in a melanoma-neural system tumour syndrome family.
Hum Mol Genet, 2001. 10(1): p. 55-62.
www.ncbi.nlm.nih.gov/entrez/query.fcgi?cmd=Retrieve&db=pubmed&dopt=Abstract&list_uid

A variant within the DNA repair gene XRCC3 is associated with the development of melanoma skin cancer.
Cancer Res, 2000. 60(20): p. 5612-6.
www.ncbi.nlm.nih.gov/entrez/query.fcgi?cmd=Retrieve&db=pubmed&dopt=Abstract&list_uids